Being a Carer – Greg Wise

Being a Carer – Greg Wise

In an exclusive interview with the actor and producer, Greg Wise reflects on being a full-time carer for his sister Clare in the last three months of her life. 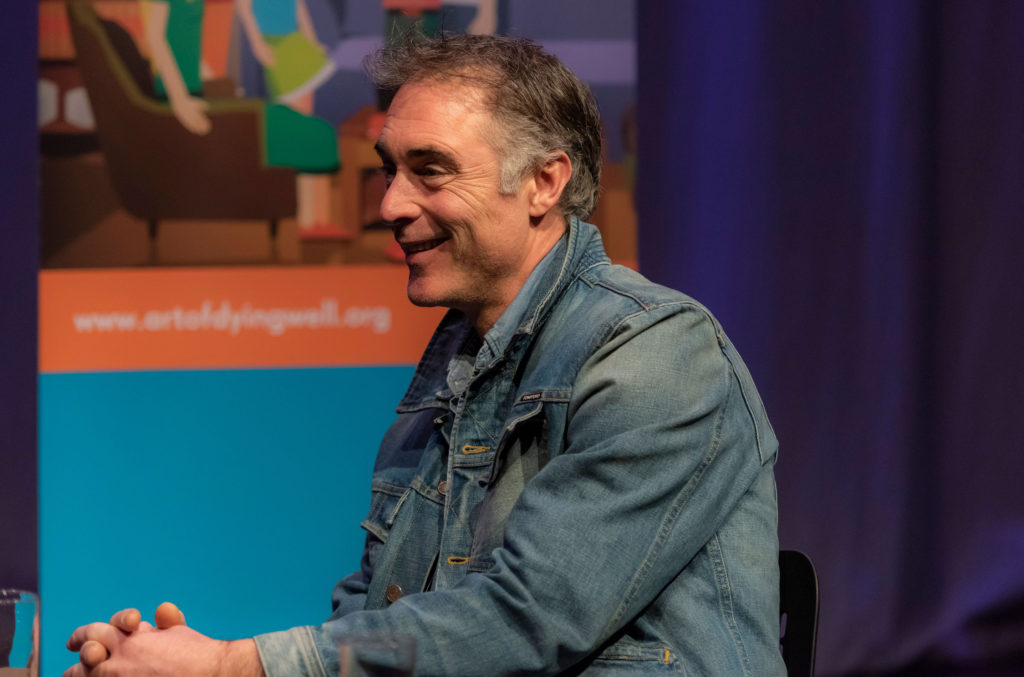 In an exclusive interview with the actor and producer, Greg Wise reflects on being a full-time carer for his sister Clare in the last three months of her life. He tells us that he ‘was fantastically fortunate to be my sister’s carer.’

Death was always a part of life

Greg faced mortality from an early age, ‘I think death was very much a marker of my life a long time before Clare died,’ he told us.  He had to come to terms with the death of his closest friend when he was a drama school in his mid-twenties, ‘I think I always had the propensity not to take things too seriously, not to be ambitious, not to think there was such a thing as a career, didn’t have that kind of drive. It made him question everything, ‘a death of a compatriot at a time when we’re all feeling immortal…made me absolutely question everything…That really cemented the fact that all we have is the now, all we have is the process…it’s all about what you do on the day.’

Greg moved into Clare’s London flat in the final three months of her life, in order to be her full-time carer.  He helped bath Clare, played the role of pharmacist,  cook and general bottle washer . He also started writing the final chapters to her blog – Clare began the blog in 2013 after her initial diagnosis.

Greg is exploring the idea of post traumatic growth.  He describes the privilege and the trauma of the care role,  ‘I realised even as I was going through the process of being a carer and witnessing the closest person in my life being eaten by this terrible disease, it was a trauma – equally it was a privilege to be there.’

When you stop being a carer

Clare died over two years ago and Greg says that ‘it’s only very recently that my front and centred memories have started to become from before her illness. I remember her when she was healthy.’ The illness lasted a long time ‘and was in various stages… she was reasonably sick for quite a long time.’ He holds onto the fact that ‘the relationship isn’t over, the relationship continues. Death doesn’t stop you having a relationship with someone. They just don’t answer back. Because they live on in your memory, your being, and they inhabit still all the places that you were in together when she was still alive… she’s still a family member even though she’s not physically with us and I will carry her around in whatever shape forever.’

Clare died in September and her birthday was in November. Greg told us that ‘on what would have been her fifty-second birthday, we had a banging disco party and folk came from all over the world. It was a humbling, touching thing…. Clare was always very good at getting people to meet each other. So, here was a collection of folk who didn’t know anyone else but Clare there, so there was wonderful chat for hours, then dancing for the last two or three, and she would have loved it. She would have had a great time.’

What being a carer teaches you

Such an experience is bound to change a person. On what he learned during his time as a carer, Greg says, ‘I think being constantly moment to moment, having to find ways of solving problems that weren’t problems yesterday…something as simple as drinking because Clare was getting a bit of palsy, so the two of us were figuring out what to do…as she got more and more ill, the ability to even swallow a pill becomes an issue, going to the toilet.  But…I was able to look at the things I did and realise that without having been the carer at the coalface, I would never have experienced those things. Never have found those reserves, that resolve, that grace or kindness or emotional availability. And these are all things that are take away from that really dreadful period of life. And they are good things, they’re all good things. I think we’re formed equally by our misfortunes.’

The experience ‘phenomenally changed’ Greg.  He says ‘I hope I’m more compassionate and kinder and able, I know how I cope in a catastrophic situation, and I did alright. I did as well as I could do. A lot of us think, if the building’s on fire I’ll be the one who runs in, but we don’t know until a building’s on fire. I’ve run in and out of the building on fire and I know I can do that.’

In the last few months of Clare’s life, Greg was trying to find a way of buoying up Clare and he found a paper on the web called ‘Hope in the Terminally Ill’ and he ‘realised we were kind of doing what they were talking about without realising. That you can try and find the things that are within their reach to hope for….I was really helped by that. It seems counter intuitive that there could be help when it’s hopeless.’

‘My sister had a good death. She died in her bed in her room with her cat with her brother.’

“Love doesn’t mean doing extraordinary or heroic things. It means knowing how to do ordinary things with tenderness.”

Do NOT follow this link or you will be banned from the site!