Making the most of now

Making the most of now

If you have an incurable illness you may feel more than ever the need to live for each day. You'll need to make decisions about your care and what you want to do in the time you have left. With support, you should be able to prepare to make your leave-taking peaceful and an inspiration to others. 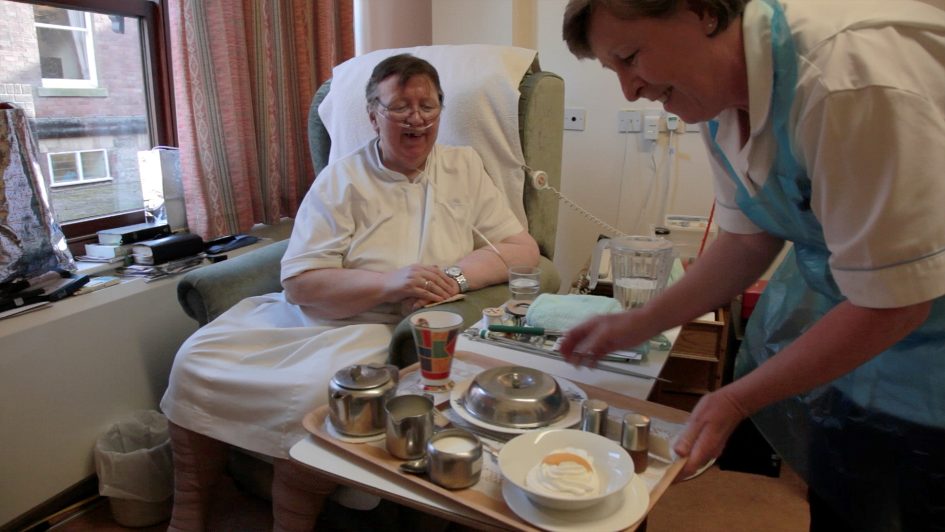 In the 2007 film, The Bucket List, two men (Jack Nicholson and Morgan Freeman) who know they will be dying soon due to terminal illness, run away from hospital to fulfil ambitions on a bucket list. These include skydiving and flying over the North Pole but the two men soon find themselves talking about life’s big questions.

Hollywood’s treatment owes more than a little to real life. If you know you are going to die soon you may want to visit places and do things you have only dreamed about. But you may also, possibly for the first time, think about God and whether there is life after death.

You may worry about the pain of dying and want to deal with ‘unfinished business’ in your personal life. And, you may decide to use your experience of serious illness to help others.

Finding inspiration in yourself and others

At the age of 17, Stephen Sutton from Burntwood, Staffordshire, was told that his colorectal cancer was terminal and that he would soon die.

He made a bucket list that included raising as much money as he could for the Teenage Cancer Trust.

By the time he died in May 2014, Stephen had raised over £3.2 million and donations continue to be made in his name.

In a similar way, Dr Kate Granger, a consultant geriatrician from Wakefield, Yorkshire, campaigned for a more compassionate approach to cancer patients after a doctor told her in a blunt and off hand manner that her cancer was inoperable and that she would soon die.

Granger was 29 when she launched the #hellomynameis campaign on Twitter, with the aim of encouraging NHS staff to introduce themselves to their patients by name. She saw it win widespread support among staff and hospital trusts before she died in 2016.

Dame Cicely Saunders, the founder of the hospice movement, coined the term “total pain” in recognition that suffering may have “physical, emotional, social and spiritual elements”.1

Your doctor can discuss with you the options available to relieve physical pain. If you are anxious or depressed you may be offered counselling or medication. A social worker may be called in to advise you if you are worried about the family finances. There may even be a secret you need to share.

Sister Elizabeth Farmer, of the Little Company of Mary, spent many years as a palliative care worker. Now retired and living in west London, she recalls one patient, a Liverpool docker, who was struggling to tell his wife he had fathered a son in an earlier relationship.

She explains: “At first he said he couldn’t possibly tell his wife but I didn’t apply any pressure. I just let him think about it so that he came to his own decision that he should tell her. A case like that is like a jersey that’s been knitted wrong. You have to undo the stitches and re-knit it, or enable them to do it.”

Knowing that you are dying soon and learning to let go

Sister Elizabeth also tells the story of Terry, who was only clinging to life because he was convinced that his son, Harry, had become a drug addict.

She persuaded Harry to visit his father to calm his fears: “Harry went to his father and told him: ‘It’s alright dad, I’m clean now’ and that was it. Terry could relax. His boy was OK. He died in Harry’s arms. That was the final thing that would allow him to go. When you support someone who is dying, you are allowed into the most secret, sacred spots in people’s lives.”

Diagnosis can be a relief

For some people, a diagnosis of terminal illness can come as a relief. That was the case for 74 year-old Elizabeth Wang, a Catholic artist and writer from Harpenden in Hertfordshire.

Just a few weeks before her death from pancreatic cancer, Elizabeth said: “It was a relief finally to have a surgeon say there was a definite diagnosis.

“It was too late to do anything about it and this to me meant that I wouldn’t be subjected to various experimental types of treatment. I could tell the family something definite and then we could go on from there; we wouldn’t be living in puzzlement for months.”

She said her priority after the diagnosis had been to inform her family:

“They were very concerned for me and very sad, but at the same time wanted to do the best for me. So all together we made plans, which seemed the best for me and for them, looking ahead to the sort of future nursing that I might need.”

Elizabeth added that she was sustained by her Catholic faith. She attended Mass every day and was determined to take one day at a time.

“I haven’t thought in terms of ‘oh what do I wish I could do next, or what must I do while I have the chance’. It’s just daily life going on, but having to be tweaked in some ways so that I don’t make it more difficult for the family. Or so that I do fulfil the Lord’s plans whatever they are for each moment.”

Family members can derive enormous comfort from supporting a loved one in their last days. Brendan Walsh, a publisher and writer from west London, helped to care for his father, Richard, a retired GP who died aged 87 in 2011.

Brendan says: “The thing we learnt as a family was that as our decision-making powers diminish, the more precious the power to make decisions becomes. And the greater the treasure of a family that will honour and protect our sovereignty so far as possible in our final weeks and days.”

“In our case, it turned out to be the simplest things that gave the most pleasure.

“A week before he died – peacefully at home, in his own bed, his hand held by his wife, surrounded by his family, the parish priest reciting the rosary – Dad announced that he would like a beer.

“Of course, we rushed to the kitchen and poured a cold beer into a glass for him. He looked at it for a few moments, allowing the foam to settle. He drank deeply and slowly and carefully put the glass down on the bedside table.

As Catholics, we are reminded that we will die every time we pray the Hail Mary. This much loved prayer asks the Virgin Mary to “pray for us sinners, now and at the hour of our death.”

But the Hail Mary begins with the words of the Angel Gabriel’s greeting to Mary and the news that she will give birth to Jesus. So we appeal to Mary to help us to have a good death even as we remember our eternal hope of salvation in Christ.

The Art of Dying Well